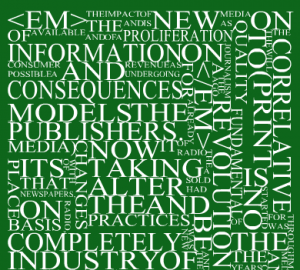 Social media is a way for you to build your own contacts and network, but as importantly, to understand, measure and follow your brand, your market penetration, your influence and the efficiency and thus cost of your marketing strategy.

You may remember a 'social media' campaign which ran during Christmas last year...even if you didn't know what it was. The hugely successful ITV talent contest, the X-Factor, owned and presented by Simon Cowell, had obtained the No.1 Christmas song in the pop music charts in the UK for four years running. Something had to be done about it. Jon Morter had already tried to disrupt the inevitable chart topping in 2008 but made "some mistakes" and the travails of his friends petered out with a Top50 spot and around 70,000 fans to his Facebook campaign. He confesses that he didn't properly understand, for example, the rules of the pop charts. He applied the lessons he learnt to his new effort in 2009. Being already quite popular on Facebook "was essential", he told me, "you have to start somewhere and you need that first bunch of people to get the word out." Nor, was he the only one campaigning against the Cowell monopoly (there are some 800 odd groups already out there fighting for the 2010 Christmas No.1 slot).

Some evenings Jon would spend a couple of hours answering emails, deleting spam, changing the the group's pages on Facebook; sometimes it was as little as half-an-hour. Once the campaign got going it pretty much looked after itself. Paradoxically, it was Simon Cowell himself that projected the campaign into orbit. Jon confirmed: "...it was insane. Once Simon Cowell had condemned the whole campaign at one of his press conferences as being 'stupid and cynical' our group statistics went absolutely stratospheric. Everyone knew about it then.” It was an extraordinary example of the force behind social media.

Social media is the existential framework which enables participants to tell the world who they are, and permit others to engage and opine on that existence. Following this activity can be a full time job. If you printed all the tweets on Twitter each day (some 50 million) Note 1Twitter.com this would require about 60 ink jet printers working around the clock to print the 2,500,000 pages of tweets. Note 2www.cartridgesave.co.uk - as updated by Fabian Cobb Even if you don't sign up to social media as part of a marketing campaign you may at least wish to ensure that you protect your brand or your name before someone else takes it.

But perhaps you still doubt that social media can have an impact? For the first time in 23 years there was not be an advertisement for Pepsi during Super Bowl weekend in the USA. Instead, PepsiCo spent $20 million on a social media campaign. The appeal in a website such as Facebook.com lies in its vast scale - with more than 400 million members - and its ability to target them based on age, demographic or interests. To take PepsiCo again, their Mountain Dew has collected over nearly three-quarters of a million friends on Facebook without advertising, contests or giveaways. In 2007, Mountain Dew decided to tap its fans’ engagement, along with their creativity and affinity for trying new things, by asking them to become part of a unique experience: Consumers would choose the next Mountain Dew flavor, along with the product’s color, name and graphics.

The gamut of social media tools is already quite extensive and growing all the time: Social networking e.g. Facebook; Micro blogging e.g. Twitter; Forums (including your own); Blogs e.g. Blogger, Social bookmarking e.g. delicious, diggIt, technorati etc; Podcasts e.g. iTunes; Multimedia e.g. YouTube (videos), Flickr, Picasa not to mention message boards, and wikis. What all of these platforms possess is the one pivotal characteristic, that of interaction. But as the tools for social media are increasingly diverse they now require almost a professional approach to master the varieties and subtleties. There are three main elements to any strategy - research into the platforms best suited for communicating with your clients, the most cost effective and efficient implementation of a strategy and, arguably the most important, the measurement of marketing success: tracking conversion rates from a website, funnel analysis, engagement tracking, which is becoming more relevant than page views, and visitor retention analysis, which examines how often people return to your site.

According to a leading online consultancy service Note 3econsultancy.com social media is increasingly being seen as a cost-effective opportunity to generate traffic and links. Boundaries between different areas of marketing are becoming blurred, as search and social media overlap. In October 2009, Microsoft announced a deal which means that Bing (the Microsoft search engine) can index and search on Twitter. Google which already searches Twitter has just started to search Facebook in real time. Note 4Google announced via Twitter in February 2009, that Facebook updates are now included in the search engine's real-time search feature.

Ultimately social media is about making people feel part of something. This was already the philosophy behind the marketing of some of the world's most successful brands. However, this also makes it difficult to control, and there are plenty of examples of public relations disasters coupled to social media. Users trust their own networks more than those created by interested third parties.

However, if you are more worried about what you aren't doing than what you could be doing, you may be comforted by a report on social media usage (which relied mainly on US respondents) in which two-thirds of companies (61%) said that they “have experimented with social media, but not done that much”; almost two-thirds of respondents (61%) said their organizations were “poor” (34%) or “very poor” (27%) at measuring ROI; a third of companies (32%) do not spend anything on social media marketing and a further 36% spend under $5,000 a year. Note 5econsultancy.com

This article first appeared in the Drinks Business, May 2010